What is IPTV middleware and why is it used? 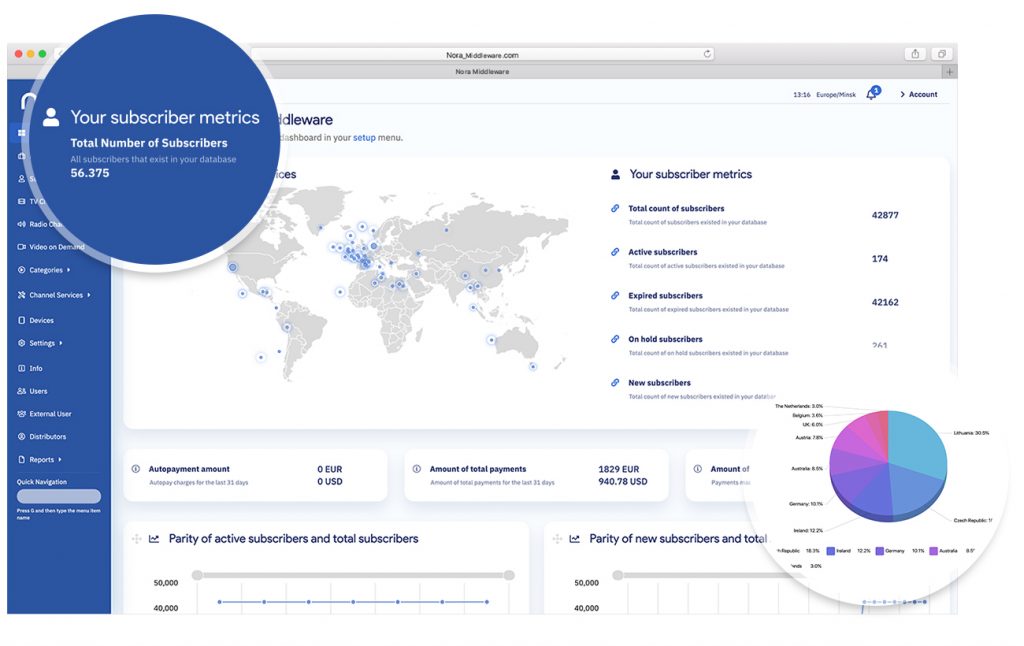 With the advent of diversity in IPTV services, a realization came about that developing services by making set-top boxes even more complex was not going to be efficient or feasible, since implementing the software part of the service on a set-top box required updating, maintenance, and unsafe mechanisms to update the firmware on set-top boxes. To simplify the process of introducing to new services, controlling them, and implementing services that would be impossible in the classic television system, a new part called ‘Middleware’ appeared in IPTV or OTT.

Middleware is the general term for anything that is meant to aid communication between more than one separate program or manufacturer. It is the most integral element of the IPTV headend, which links the IPTV services with the set-top boxes and provides the interface. Similar to people who speak different languages needing some kind of translation to communicate with each other, applications that are running different types of software, or functioning on different platforms, inevitably need help in communicating with each other. This is where middleware comes into use.

What is IPTV Middleware?

IPTV Middleware is the software that connects two or more software applications so they can be compatible with each other and then exchange data. It is one of the primary components of an IPTV since it is Middleware that determines the Graphical User Interface (GUI), transmission logic, control algorithm, and all other sets of services that the subscribers will be able to avail.

It is not possible to build an  IPTV solution in the absence of Middleware. There are countless IPTV Middleware developers on the market, hence each kind of Middleware has its unique features: the devices it is compatible with, the CAS systems it works with, the video servers supported, the user interface, the billing systems, API, and the cost of technical support.

Many use IPTV/OTT Middleware as IPTV CMS software because it provides tools for video content management: uploading, editing, and organizing. There is the functionality to analyze the performance of all videos and customer preferences.

Don’t be misled by the words “OTT” or “IPTV” going along with the word “Middleware”. IPTV and OTT refer to the type of network (closed or open), while Middleware is software. IPTV Middleware and OTT Middleware are the same programs. Nothing is changed in it regardless of the network type.

Examples of OTT / IPTV Middleware technologies or features are something like:

There are 3 generations of IPTV Middleware clients available as of yet. IPTV Middleware has made it relatively easier for developers to properly implement communication as well as input/output, so they can concentrate on the specific purpose of their application.

Many modern Middlewares offer the option to cover a large number of devices. So, for instance, for Amino boxes (with Opera browser) and Mag250, HTML with the interface will be returned. Typically, an IPTV Middleware is not supposed to have any interaction with the video stream, and only provides URLs to set-top boxes in order to watch channels or movies. An IPTV/OTT Middleware also has the function to monitor channels, in order to announce that the channel can’t be watched or to not show a specific channel due to an error.

IPTV Middleware is straightforward, highly intuitive, and allows you to execute and oversee advancements, services, and new features on a request basis. Nora Middleware is an established OTT/IPTV solution in India, the USA, Brazil, Germany, and other countries.

Interested in our IPTV and OTT services? Learn more about Nora and Setplex

Thanks for sharing the ideas “How to start IPTV Business” this is so helpful!

Wow! It is so good blog!

We absolutely like your blog and read almost all of your post’s to be just what I’m looking for.

I dont even know how I ended up here, but I thought this post was good. Great explation – What is IPTV Middleware and Examples of Middleware technologies or features. I don’t know who you are but definitely you’re going to a famous blogger if you aren’t already 😉 Cheers!

It is so good blog !

Thanks for the information. Keep it up!

Best article about IPTV Middleware. Thanks a lot

I think, that you are right. Write to me in PM, we will communicate.

Always good to find good articles on the net. Thank you for sharing!

Wow, great ideas to start IPTV Business. Thanks for sharing this quality post!

I like this article.
I was searching over search engines
and found your blog
and its really helps thank you so much!

Hi there, just wanted to tell you, I enjoyed ths article.
It was helpful. Keep on posting!

IPTV Middleware is the best technology for iptv business!
Your article is very good and have complete information.

Like your iptv middleware. I want to start my own iptv business.

Love this article. Thanks for posting it! I think a good campaign can really get some active business. This article is very informative and well-written!

Top-notch article it is really. We have been looking for this info.

Thank you very much for a great article filled with very helpful tips and advice. I want to Start my IPTV Business so I appreciate all the help I can get. 🙂

Thanks after reading this article about iptv business. I’m going for it.

Thanks for the article. I want to start my own IPTV business and use your IPTV middleware.

Great post. I used to be checking constantly this weblog and I am impressed! Extremely helpful info particularly the final phase 🙂 I maintain such info a lot. I used to be looking for this particular info for a long time time}. Thanks and best of luck.

Hello, Setplex IPTV Solutions.
I’m so thankful to you for writing all these 9 posts.
I’m 22 and so happy to start my own iptv business!

Great job on the site. Nora IPTV Middleware is one of the best Software for IPTV!

Your style is really unique compared to other folks I’ve read stuff from.
Thank you for posting when you’ve got the opportunity, Guess I
will just book mark this blog.

Wants to know how to start my own IP TV business in Australia?

Visit our quote page and give us some detail about your project and one of our sales executives will give you a call to discuss options and pricing for your platform.
Get in touch and let us know how we can help.
+1-855-738-7539

Your site is so fantastic. I’m going to come back here again.

This site is absolutely fabulous!

I can’t believe how great this site is. You keep up the good work. That’s my advice

Wow that was odd. I just wrote an very long comment but after I clicked submit my comment didn’t show up. Grrrr… well I’m not writing all that over again. Anyhow, just wanted to say fantastic blog!

Thank you for sharing this. This post helpful and useful for many people. In this post gave good explanation that helpful . It’s great information.

I just could not leave your web site prior to suggesting that I extremely enjoyed the usual info an individual
provide for your visitors. Is gonna be back often to check up on new posts

Great Tips!! Keep publishing the great content as ever.

Great advices! Thank you, guys. I agree with every tip ;))

That’s good to know that IPTV Middleware connects two or more software applications together so they will be compatible and so you can exchange data.

It’s in reality a great and helpful piece of information. I am happy that you simply shared this useful info with us.
Please keep it up. Thanks for sharing. 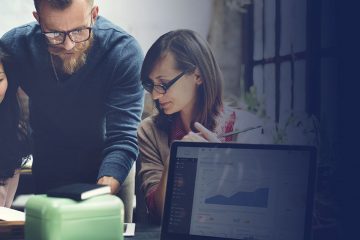