If you have been keeping up with any of the current trends related to internet protocol television, you’ve probably noticed an uptick in original content.

Streaming IPTV content providers have been ramping up efforts to disrupt traditional cable even more than they already have by delivering original content available exclusively through their streaming services.

Coined by columnists, the “Netflix Model” is a business model that has influenced the creation or launches of similar “Netflix-like” services inside and outside the media and entertainment business. Examples include Facebook Watch, MoviePass, YouTube Premium, HBO, CBS All Access etc.

While early attempts at this method of content delivery were met with a feeling of chagrin from the major networks, increasingly these shows are proving to be more than an experiment in content delivery.

At Setplex, we are firm believers that IPTV is the future of  media content delivery and, in today’s post, we are going to explore the ways that original content from streaming media providers is poised to be the most powerful driving force behind IPTV adoption.

Take a moment and think about your favorite television shows.

What was it about these shows that made you enjoy them so much? The writing? The actors? The story being told?

Whatever your reason, it’s safe to say that the vast majority of people watch television to be entertained. While reality shows have achieved great popularity over the last decade (thanks Survivor) people still crave quality television.

They want stories that they can relate to, characters they can identify with, and a program that will, if only for a moment, plunge them into a world that is not their own. While this programming has long been handled by major cable networks, streaming iptv content providers are encroaching fast on this last bastion of network content.

Netflix, for example, has consistently been pushing out original content for its customers to enjoy. Below, we have listed a few ways that this new trend in original content delivery is reshaping the face of media consumption.

Anyone who has watched television knows that not every show is a hit.

Major networks spend millions of dollars a year trying to key in on the shows that it thinks viewers will enjoy and, more often than not, they manage to put out a few shows a year that seem to meet the standards of the majority of people.

But, is this formula really the best one? While appealing to the masses is the best way to ensure ratings stay strong for a television show, what if ratings were no longer a factor?

Too often, a show will air on television that appeals to a certain market, yet doesn’t meet the popularity standards already established by a network.

This results in the show almost always being cancelled so that the networks can focus on shows that bring in more viewers.

Through IPTV, however, IPTV content providers are learning that the number of viewers matters less than it used to.

While the ultimate goal is to still produce content that people want to watch, IPTV content providers have more freedom when it comes to producing a show because they do not have to factor in the additional revenue that ads will bring in.

Even if the show only brings in a million viewers, those one million viewers are more likely to continue with a subscription streaming service that produces content that they enjoy.

Expanding on the point made above, IPTV allows content providers to key in on the interest of their viewers in a way that traditional television cannot provide.

For decades, major networks have relied on Nielsen ratings to determine how popular a particular program is and the current trends that viewers seem to be exhibiting. While this method of data collection worked well before the advent of the internet, modern day streaming services are quickly exposing how archaic this “popularity” rating really is.

Through detailed analytics, streaming content providers are able to gather information on their viewers that puts Nielsen ratings to shame.

Netflix, for example, is able to gather information related to types of shows watched, length of time a person watched those shows, and, from there, can extrapolate on what other shows that particular viewer may want to watch.

Furthermore, this data contains so much valuable information that Netflix and other streaming content providers are able to determine what kind of shows they should produce in order to provide quality content to their customers. This knowledge provides opportunities that have, until this point, been unattainable.

Join us again next time as we bring the two ideas mentioned in this post together and further explore how original content is going to be a game changer in the world of IPTV.

And, as always, if you would like to learn more about Setplex, please visit our website today.

At Setplex, it is our mission to provide the highest quality IPTV solutions in the form of powerful IPTV software, set top boxes, and content delivery systems.

Another great article indeed! Thanks

Thanks for your support. I will definitely contact you

My brother recommended I might like this website.
He was once entirely right.
This publish actually made my day.
You cann’t believe simply how so much time
I had spent for this information!
Thanks!

Thank you so much for the help. Appreciate your effort. Keep it up

Thanks for great article. Thanks for this information.

All of these tips are excellent and must be followed.

Certainly, IPTV is the Future 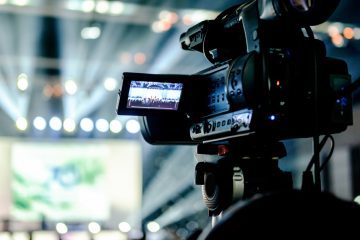 Table of Contents Tip 1: Pay attention to User Experience Tip 2: Know how you will ScaleTip 3: Ditch the legacy systemTip 4: Track these OTT TrendsTip 5: Target all the right OTT devices, such Read more… 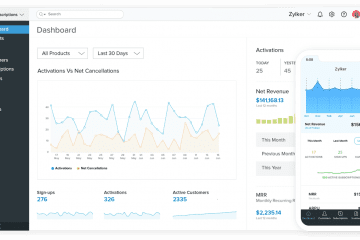