Meet NORA:  Setplex’s next generation MIddleware. Cloud Native or On Prem, our microservice-oriented architecture allows us to scale on demand to meet the increasing needs of both enterprises looking to deliver OTT/IPTV globally and new streaming services that expect rapid growth.

A microservice-oriented architecture (MOA) incurs additional complexity in exchange for more flexibility. In a monolithic application, all the parts are in one box, so to speak. Therefore, you can declare dependencies ‘in-code’ and not worry too much about deployment issues. All the parts ship together at deployment time.

With an MOA, all the parts are distributed ‘across’ the network. Thus, you have to architect the microservices to work ‘in unison’, but at the same time, independently, to get the overall application up and running. The wiring involves identifying the network’s microservice(s) and enabling authorized access to all the microservices that make up the MOA. The task includes providing credentials so the MOA can access each particular microservice and adjusting firewall and router settings at the physical level of the application’s operation.

As stated above, microservices offer more flexibility in terms of maintenance and upgrade, but that flexibility comes with the price of more complexity.

Load balancing is a core strategy to create efficiencies in deploying an MOA.

A load balancer acts as the “traffic cop” sitting in front of your servers, routing client requests across all servers capable of fulfilling those requests in a manner that maximizes speed, capacity utilization and ensures that no single server is overtasked, which could degrade performance. If a single server goes down, the load balancer redirects traffic to the remaining online servers. When a new server is added to the server group, the load balancer automatically begins sending requests to it.

Load balancing can be performed at various layers in the Open Systems Interconnection (OSI) Reference Model for networking. 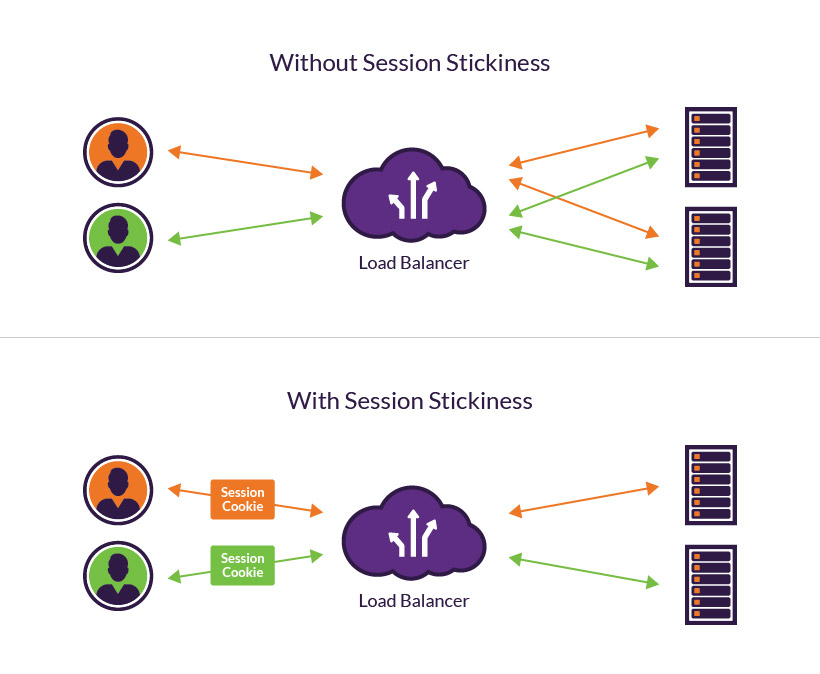 Session Storage is a great solution in which you do not store client sessions in the application itself, but in Session Storage. With that in place, we can open a session on any chosen node and all other system nodes will check client requests with the stored session and make changes independently. And microservices, made with 12-factor principles in mind, are completely stateless, which means they hold no data, so all the shared data has to be stored and fetched from outside of the application.

The complexities introduced by an MOA model require the use of container orchestration.

Kubernetes (K8s) is quite a technical achievement. Despite its complexity, this type of orchestration framework is necessary to run an MOA at scale. An MOA has many moving parts, and any one of them can fail at any time; therefore, to run a microservices-oriented application reliably, you need to incur the complexity of an orchestration framework.

Kubernetes (K8s) is the most widely used container orchestration tool. It is maintained by the community, orchestrates most of the microservices on the market and actually manages many cloud services.

The benefits offered by Kubernetes – and orchestration tools in general – include the following:

With all of the above, K8s provides us a simple solution for supporting a very important feature of our system: the ability to be cloud agnostic, with the possibility of being deployed on private, public or even hybrid cloud solutions, as well as the ability to support any on-premise solutions.

What sets our recommendation engine apart from the other ones in market?

In summary, our engine provides hyper-personalized content suggestions. By doing so, we transform historical customer viewing patterns into deep and enduring relationships that unlock a new level of growth for our clients.

Greg Cox is deeply passionate about Analytics, Conversion Optimization, and Omni-Channel approaches to marketing. He pushes the envelope of what you can do with campaign tracking and insight. He is a strategist, and gives clear direction and a common sense framework for digital improvement. Greg likes to energize and inspire those he works with and for. His passion knows no bounds when it comes to sharing knowledge, and questing for digital insight.

I believe there are many more pleasurable opportunities ahead for individuals that looked at your site.

Nice changes! Recommendation engine is truly what viewers look for on a video streaming platform